The US National Science Foundation (NSF) has supported a scientific ocean drilling program in various forms for over 40 years. NSF and Japan’s Ministry of Education, Culture, Sports, Science and Technology (MEXT) co-lead the current Integrated Ocean Drilling Program (IODP) which supports the operations of a riser platform (Japan’s Chikyu), a non-riser platform (the refitted US JOIDES Resolution or JR), and Mission Specific Platforms (MSP) provided by the European Consortium for Ocean Research Drilling (ECORD). The IODP partnership has been successful and productive, and each drilling platform has made significant contributions to IODP discoveries. The current program extends until 30 September, 2013. To prepare for a new program beyond 2013, the international research community recently developed a 10-year science plan for scientific ocean drilling (available at http://www.iodp.org/Science-Plan-for-2013-2023/).

The economics of scientific drilling have changed dramatically in the last few years. Rising costs for metal, petroleum products, and other items essential to drill ship operations have forced the JR into a reduced operating schedule. On the revenue side, NSF’s FY2011 budget is 1% lower than FY2010. Substantial budget increases appear unlikely in the near future. This new funding environment has necessitated a reevaluation of program priorities and options for the future of scientific ocean drilling. Reviews of IODP and the future science program are currently underway. A decision to seek the approval of the National Science Board for a renewal of scientific drilling will be made in the near future. While we await the outcome of the review process, however, we recognize that a viable financial operating plan for the potential new program must be urgently developed.

Preserving the JR as a dedicated research vessel is a top priority with respect to NSF’s potential future investment in scientific ocean drilling. Realizing this goal requires a new operating model that streamlines operating costs and generates new external sources of revenue to support the JR. Accordingly, the new model for management of scientific ocean drilling by the JR is as follows:

The benefits of this new model include economic efficiencies gained by reductions in program administrative costs, control of vessel scheduling, and direct contributions from international partners, ultimately leading to more months at sea for the JR. We anticipate that similar benefits will accrue to MEXT as it seeks to support operating costs for the Chikyu. The new approach does not guarantee that NSF will continue to support scientific ocean drilling in the future, but rather sets the stage for establishing an affordable pathway.

NSF has deep respect and gratitude to MEXT as a partner in IODP and we are committed to fulfilling our obligations with respect to the current program, budget appropriations permitting. We expect continuing collaboration with Japan in any post-2013 program, including participation of Japanese scientists on JR expeditions and vice versa for Chikyu.

We are aware that many issues remain to be resolved as our new operating model is developed. NSF will begin immediately to reach out to potential international partners and will foster a community-driven process to define our new program. To maintain the integrity of the international scientific ocean drilling community, a new framework for international collaboration and coordination among the platform-providing nations and other relevant countries will also be developed. The NSF IODP program team, led by Rodey Batiza, will provide further details in the very near future. 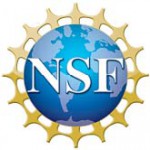